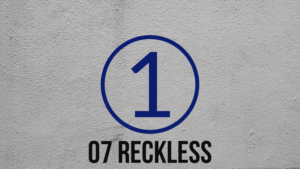 Jesus loved to tell stories! He would often use the art of storytelling to illustrate heavenly truths. Today we’re going to look at one of the more famous stories that Jesus told.

The story opens with a young man who is bored with his life, tired of home and longing to explore the world. He knows that when his father dies that he will receive an inheritance, but his dad is kist not dead yet. Our protagonist is tired of waiting. The younger of two brothers goes to his father and basically says, “Dad, I’m tired of waiting for you to die, give me what’s mine so I can leave this place.”

Surprisingly, the father decides to go ahead and give his sons their inheritance.

The boy strikes out for his adventure, leaving his home and his family behind. He sets out to see the world, experience things his father would have never allowed, and to meet new people. He’s having the time of his life. He didn’t realize the way he was using his money, the choices he was making, were reckless. Not until his world was turned upside down. Rain was scarce and before long food followed. His money didn’t last as long as he had expected and now it was gone. With it the lavish lifestyle he had grown accustomed to and all of his friends.

He was alone and had no one to help him out. People weren’t willing to just give him the little food they had. There was one farmer that was willing to hire him, but the pay was hardly enough to get by. The boy worked on the farm, taking care of the animals, but he was so hungry.

You know how when you’re really hungry you enjoy eating things that you would have not enjoyed otherwise? Our perception of what’s good changes. This next moment shows how hungry this guy really was. As he was feeding the pigs, he thought to himself, “this looks good.” So he took a swig of the pig slop.

Suddenly he had a moment of clarity. He realized how far he had come and wished he had never left home.

PRAY: Lord, please reveal any area of my life that is not pleasing to you.

Luke 15:11-17 (TPT) Then Jesus said, “Once there was a father with two sons. 12 The younger son came to his father and said, ‘Father, don’t you think it’s time to give me the share of your estate that belongs to me?’ So the father went ahead and distributed among the two sons their inheritance. 13 Shortly afterward, the younger son packed up all his belongings and traveled off to see the world. He journeyed to a far-off land where he soon wasted all he was given in a binge of extravagant and reckless living.

14 “With everything spent and nothing left, he grew hungry, for there was a severe famine in that land. 15 So he begged a farmer in that country to hire him. The farmer hired him and sent him out to feed the pigs. 16 The son was so famished, he was willing to even eat the slop given to the pigs, because no one would feed him a thing.

17 “Humiliated, the son finally realized what he was doing and he thought, ‘There are many workers at my father’s house who have all the food they want with plenty to spare. They lack nothing. Why am I here dying of hunger, feeding these pigs and eating their slop?

People who conceal their sins will not prosper,
but if they confess and turn from them, they will receive mercy.

14 Blessed are those who fear to do wrong,
but the stubborn are headed for serious trouble.