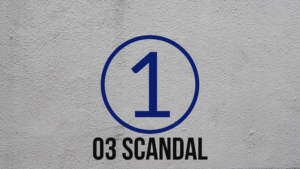 She was caught in the act. We don’t know the exact details, but we are certain the man she was sleeping with was not her husband. They charged in and dragged her out and then they threw her in front of Jesus.

Only it wasn’t just Jesus. By this time He was becoming incredibly popular. Crowds swarmed Him everywhere He went. Some drawn in by the authority with which He taught. Others by the miraculous healings that took place. The crowd circled as the Jewish religious leaders threw this guilty girl at the feet of Jesus.

“The law is clear. She was caught in the act of adultery. She must be stoned. What do you say?”

Everyone loved Jesus except these Pharisees. Maybe they were jealous of His following. For sure they saw Him as a threat and were trying to trap Him. What they said was true, however, Jesus was not coming to bring judgement for the law, but to free us from it.

He didn’t respond right away. Oddly enough, He bent down and began to write in the sand. We can’t know for sure what He wrote in this long and drawn-out moment. Some theologians believe He was writing the sins of the woman’s accusers. When Jesus stood again He said, “The woman does indeed deserve death. Let the one who has no sin throw the first stone.”

The words hung over them like a thick fog. Jesus bent back down and continued writing in the earth. Silence engulfed the crowd. After what seemed like an eternity the oldest lowered his head and slowly walked away. One by one all of the woman’s accusers left leaving Jesus alone with the woman in the midst of the crowd.

Jesus looked at her as surely no man had looked before. His eyes, they weren’t full of lust, or judgement. His eyes burned with compassion and a love the woman likely had never known. He gently said to her, “Where are your accusers? Do not even one have any charges to bring against you”

The woman looked up, fear turning into brokenness as she saw the love in His eyes. “No, not one.”

Jesus held her stare and spoke back, “Then neither do I accuse you. Go and sin no more.”

PRAY: Father, help me to see You as Kind and forgiving, knowing You desire to show me mercy. Help me to receive that mercy.

John 8:1-11 (NLT) Jesus returned to the Mount of Olives, 2 but early the next morning he was back again at the Temple. A crowd soon gathered, and he sat down and taught them. 3 As he was speaking, the teachers of religious law and the Pharisees brought a woman who had been caught in the act of adultery. They put her in front of the crowd.

4 “Teacher,” they said to Jesus, “this woman was caught in the act of adultery. 5 The law of Moses says to stone her. What do you say?”

9 When the accusers heard this, they slipped away one by one, beginning with the oldest, until only Jesus was left in the middle of the crowd with the woman. 10 Then Jesus stood up again and said to the woman, “Where are your accusers? Didn’t even one of them condemn you?”

And Jesus said, “Neither do I. Go and sin no more.”